This spellbinding biography of the R.M.S. Titanic’s historic builder, Thomas Andrews, takes readers from his boyhood on the cricket fields of Northern Ireland to his breathtaking final moments aboard a dying ship.

American author William Barnes, born on the anniversary of the Titanic disaster, has been plagued since childhood by memories  that were not part  of his  life experience. As an adult, he underwent regression therapy and discovered that his memories belonged to Irish shipbuilder Thomas Andrews, a man who had died 41 years before Barnes was born.

Barnes has created a compelling Andrews biography by blending history with his own memories, filling gaps in the Titanic saga. Be part of Andrews’ gripping, emotional journey that reveals, in stunning detail, the pivotal role of politics, arrogance and greed in sending Titanic, along with her 2200 passengers and crew, on a journey… into infamy.

In a powerful epilogue, a research psychologist provides an extensive summary of recent scientific evidence, discoveries from the Titanic wreck and written records that corroborate Barnes’ version of Andrews’ life and heroic death… 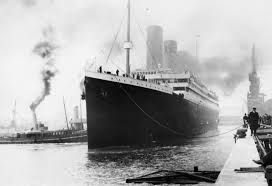