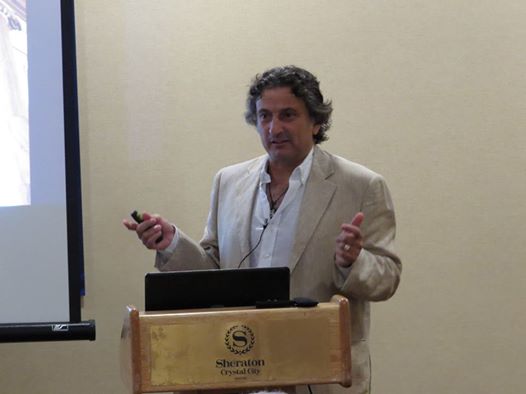 Athanasios Komianos (friends call him Nassos) was born in Kifisia, Greece in 1964. He moved to the United States where he studied psychology in Rose State College at Oklahoma City. Soon he moved into Oklahoma University and he finally graduated from Old Dominion University at Norfolk Virginia in 1985, as a sociology graduate. He had to abandon his graduate work and return to Greece for family reasons. His interest in hypnosis and in the depth psychology was still with him until finally after a very long and torturous detour, he came to practice it as a hypnotherapist at the island of Corfu, Greece. He was approved as a Certified Hypnotherapist by the National Guild of Hypnotists and as a Certified Regression Therapist by the International Board for Regression Therapy, he was a member of the IARRT. He also has served at the Board of the Earth Association for Regression Therapy (EARTh) as a Vice President (2009-2013) and President (2013-2015).

Since 2013 he has moved back to Kifisia where he is successfully running his therapeutic practice. He is also founder and director of the Greek Academy of Regression Therapy.

He has published several articles on the Journal for Regression Therapy as well as several articles on a Greek weekly magazine called Phenomena, and is the author of two books. Nassos is also very well known as a deep researcher of the paranormal or parapsychological phenomena and has just formed a center in Athens whereas the study of these phenomena are studied. It was due to his interest in what others call metaphysical that he studied the Valley of Roses in depth. He also was the first person to present this story outside of Greece and in the English language.